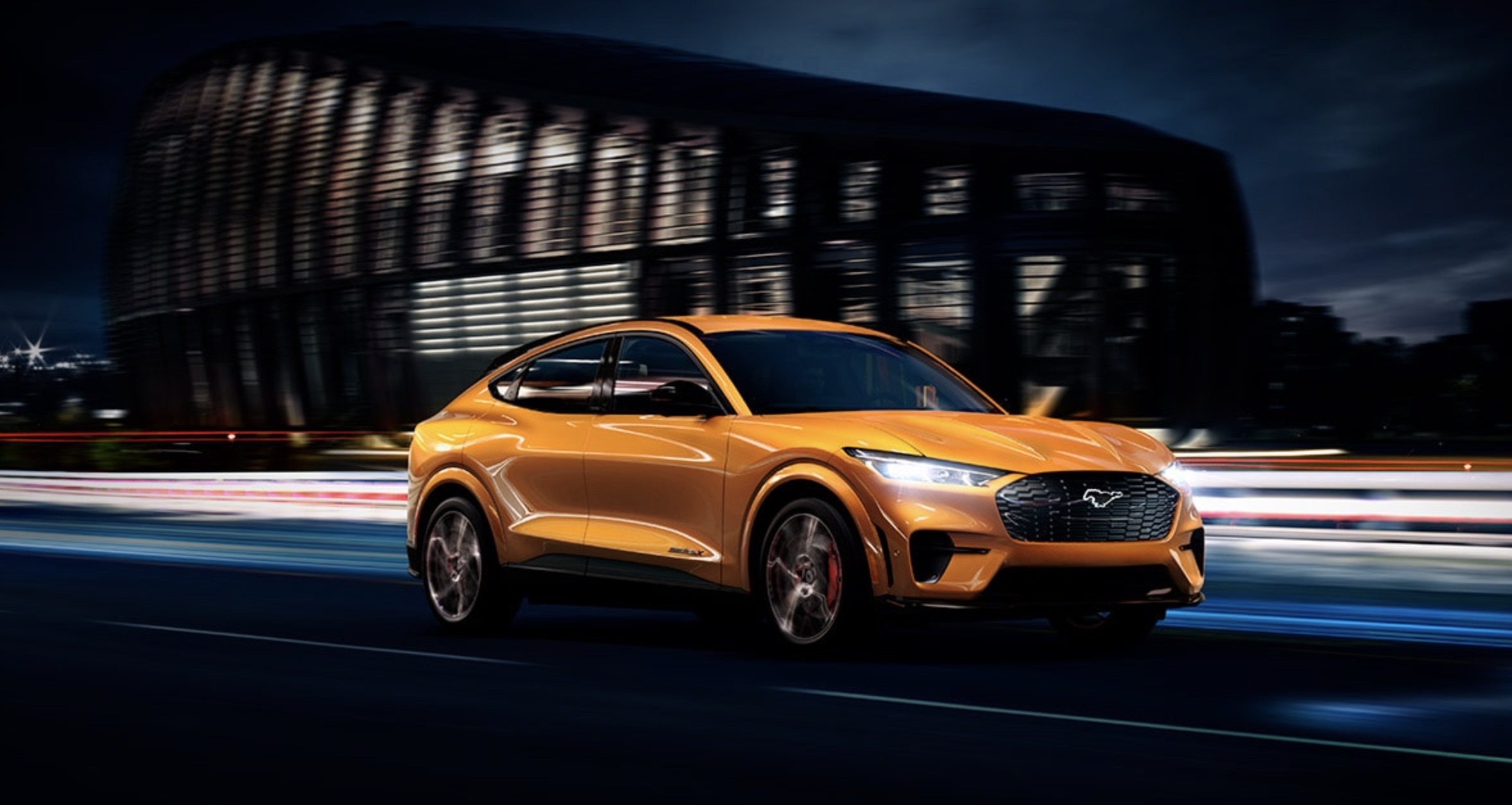 Ford has been an industry leader since the model-T. They invented the car as we know it and in the 60s reinvented it with the Mustang. After 60 years, Ford does the same thing again and has released a new electric Mustang.

Much to the muscle car owners' dismay, Mustang going electric is just Ford being the innovator that they have always been. The 2021 Ford Mustang Mach-E pays its respects to the high performance of the past that had the same moniker.

Solidifying the market for electric vehicles, this move by Ford will make many other automobile makers join the EV market, too. These tech cars have been the rage for the past few years and the competition grows exponentially.

The four-wheel-drive variant has 480hp to its name and can generate 634 lb-ft of torque. With this configuration, you can go from 0-60 in 3.5 seconds. The rear-wheel model will give you 266 lb-ft of torque with 346 hp. The adaptive dampers can be adjusted to make the ride either more firm or soft.

It can go up to either 305 miles or 211 miles, depending on the battery pack that you have in the car. This makes it a great daily driver for most urban settlers. It can be charged with both a 120-volt charger and a 240 volt one, too.

This is where the Mustang Mach-E comes into its own, it has the most futuristic cabin out of all the Ford models. The materials used are premium and the digital cluster gauge makes it a joy to interact with the car.

Come on down to the Capital Ford of Wilmington showroom in Wilmington, NC, and we will be more than happy to clear all your doubts about these new-age tech cars. You can schedule a test drive any time! We are just a short drive from Wrightsville Beach, Jacksonville, and Topsail Beach.